Court Admissions
U.S. Court of Appeals for the Second Circuit

U.S. District Courts for the Southern, Eastern and Northern Districts of New York; and District of New Jersey 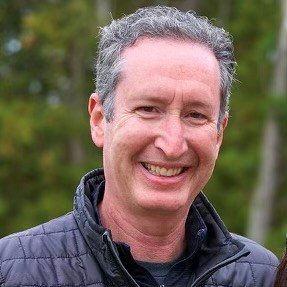 Michael Freeman is a founding partner of Greenberg Freeman LLP.  He was previously associated with Proskauer Rose LLP in New York and Pepper Hamilton LLP in Philadelphia.

Mr. Freeman has been practicing law for more than 30 years.  The focus of his practice is representing both plaintiffs and defendants in litigation and dispute resolution.  His clients have included publicly traded companies, small businesses and individuals.  Mr. Freeman’s experience spans many different subject matters and areas of law, including breach of contract; disputes among closely-held business owners; professional malpractice, environmental law; trust and estate litigation; employment litigation; and disputes involving trademarks and other forms of intellectual property.  Click here to view some representative cases.

Mr. Freeman has represented clients in both state and federal courts, as well as in private dispute resolution forums, such as arbitration and mediation.  He has extensive experience in all phases of the litigation and dispute resolution process, from investigating the claim and preparing or responding to a complaint, through discovery and motion practice, to trials and appeals.  A significant part of Mr. Freeman’s litigation practice is acting as local counsel to out-of-state law firms, which rely on his expertise and knowledge of the New York courts and the applicable rules of procedure.

Mr. Freeman is an active member of the New York City Bar Association.  He has served on numerous bar association committees, including the prestigious Courts of Superior Jurisdiction Committee and the Commercial Litigation Committee, both of which sponsor programs for practicing attorneys, consider proposed rule changes, and evaluate sitting judges and judicial nominees.  Mr. Freeman also serves on the New York City Bar’s Legal Referral Service, the mission of which is to “provide valuable assistance to the public by referring clients to competent and compassionate attorneys … who meet the [New York City Bar’s] high standards.”

Mr. Freeman has participated as a panelist and moderator for continuing legal education programs, and has co-written professional publications, including a practice guide published by the New York City Bar Association entitled, “Requesting a Temporary Restraining Order in the Commercial Division of the Supreme Court, New York County: A Practical Checklist.”